Ethics in the CE Field


Ethics in the civil engineering field consist of many responsibilities. As an employer in the engineering field it is one's job to use moderate skills in analyzing, constructing and planning some sort of construction project without going over budget and being on schedule. This onsite project must be closely monitored and must be approved by working with other civil engineers and architects. In the case of my position, I would like to work in the water resources department of LA's Metropolitan Water District and rise to supervision management and be able to see the Hoover Dam in Nevada. 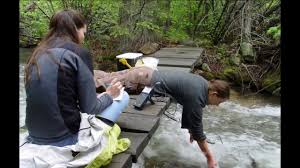 The ethical responsibilities that should be considered in this line of work would be careful inspection of the waters that flow into the LA, San Bernardino, San Fernando, and Orange counties especially because locals depend on the number one resource that is considered a basic human necessity that provides personal hygiene and sustain human life. It falls upon me to monitor and inspect the type of water provided to all said counties. It would be very bad on my part if I speculated contaminated water and still allow it through, because of all the time consuming paperwork accompanied by it. An unethical move would be me allowing many residents of California to drink contaminated water that brings unsanitary and health decline in many people. By holding a position of higher authority among other engineers shows that you as an engineer, were elected and elevated to a higher position because of the responsible exercises you practice out in the field such as precaution and making moral decisions all the while displaying a sense of professionalism and skill in the environment. Moreover, an ethical responsibility of working in my position of water resources is to consider every possible option of taking precaution and looking into the cause and effects of my actions. Thinking of every possible outcome due to my part, should be taken into careful consideration because I know whose lives I am holding accountable for, I know I would be responsible for California residents. On September 11, 1916, the Quebec Bridge in Canada collapsed not once but twice due to faulty designs of the bridge's own weight being heavier than its carrying capacity. Its errors like these that should be taken into consideration and be inspected numerous times or induce devastating outcomes. This bridge had fallen TWICE killing 96 people from both times. The Quebec Bridge Company, had selected designing engineer, Peter L. Szlapka, to calculate the approximation of the bridge's weight and when the company wanted to hire its own engineer to review the said weight of the bridge's weight, Szlapka objected and got his own way which was an unprofessional move as well as unethical. Szlapka's poor decision cause the deaths of 96 people. Poor decision-making and lacking skill in your own field can have devastating consequences which is why it is one's ethical responsibility to "leave no stone unturned".

Another ethical responsibility to be taken as a water resources management would be to show resilience and moral support to all the other engineers who are having a tough time getting back together over difficult times, say, going over budget or the dismissal of a project. An engineer sees a problem and he/she tackles it from every corner until they reach an outcome all can agree on. A supervisor, especially, has the authority to call on the tough decisions and must admit when wrong as well as treat everyone equally no matter the circumstances (sexual orientation, gender, age race etc). To have the rules bent, for one's own needs is not an ethically move given your stand of higher authority does not give one the excuse needed to reach their own selfish needs. As supervisor, one must show behavioral aspects in their personality and decision-making because one unethical and childish decision could lead to their position being terminated.