How To: Amass Transformers Masterpiece figures

The Transformers franchise has come a long way since 2007. Under Hasbro and ILM's (Industrial Light and Magic) guidance, the Transformers mythology and its characters would have major changes, changes that would be reflected in future iterations of Transformers yet to come. Present day, to commemorate the film's 10th anniversary, Hasbro, in collaboration with Takara created a Masterpiece sub-line dedicated to delivering the best action figure representations of these robots. But historically speaking, Transformers: Masterpiece figures have been around since 2003.

Image source
What is Transformers: Masterpiece? It is a line of Transformers figures dedicated to satisfying collectors of high-end memorabilia. These Transformers toys are designed as loyally as possible to their source material,and have spawned into physical representations from different imaginings/continuities of the Transformers franchise. These toys are unique with how they are designed with the most recent toy engineering, contain die-cast components, and boast an array of accessories unique to each character. Simply put, if 9 year old me thought spending $30 on a Bumblebee figure only worth $10 was heaven at the time, 19 year old me certainly believes I am in Valhalla now.

This lineup is just about as good as it gets when it comes to the best bang for your buck. It's time to end your retail days of buying watered down figures constructed on a lower budget! Though each Masterpiece figure hovers in the ballpark of 70 USD+, the investment is well worth the accompanying hours of joy and bragging rights (author note: please brag responsibly).
Step 1: Decision-making
When it comes to collecting Transformers: Masterpiece, the first process is determining which version of a character you want to purchase. Hasbro's releases happen at a slower pace, involve lesser selection and color choices, whereas Takara's releases are padded out by repaints/reissues and extra premium touches to other components such as more paint applications and exquisite packaging. Sometimes, the differences can be a little less obvious, so you'll need to scour collector sites to see what makes or breaks the figure for you. 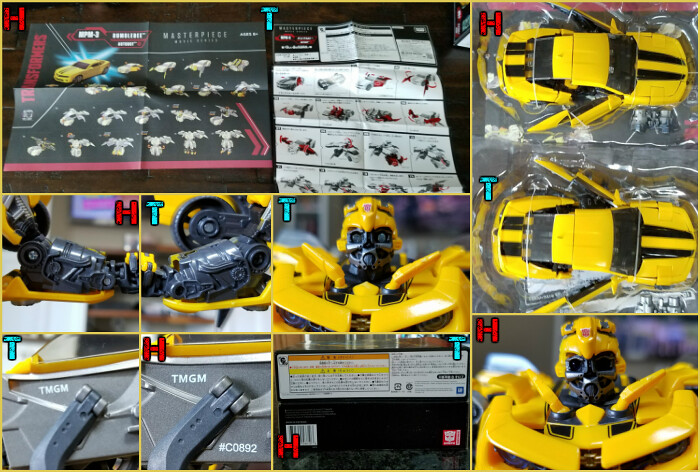 To date (not counting repaints), there have only been 11 domestically released Masterpiece figures (all of which have been either Walmart or Toys R US exclusives), whereas there are 24 internationally released Masterpiece figures. The task gets trickier once one realizes there are some repaints of characters made to stand in for another existing character, but luckily there are resources such as TFWiki that can help to track all variants of a particular mold. There is a domestic deficit of 13 Masterpiece figures that were never made available, meaning if you want 1 of these 13 figures, you will have to import it. 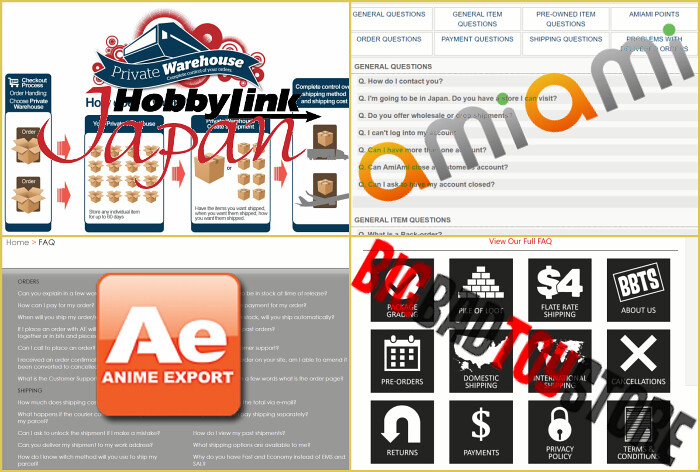 Images sourced from official FAQ/Offer pages for the following websites: HobbyLink Japan, AmiAmi, Anime Export, BigBadToyStore
The next process for obtaining a Masterpiece is deciding which retailer to buy from. As every e-tailer attempts to paint themselves in a good light, the only reputable way to determine trustworthy sellers is to consult with collector-centered Transformers communities such as TFW2005 and Seibertron.
In rare occurrences, some don't need to search further than those sites as they meet other reputable collectors they can barter Masterpiece figures with.

In the event you are not so fortunate, it would be in your best interest to obtain a general consensus from community members regarding which retailers to shop from. Be warned, just because a website sponsors a community site doesn't mean it is vindicated of potential wrongdoing! Even so, any action figure retailer with an ounce of decency is not out to get you. The task falls upon you to familiarize yourself with the corporate policy of the e-tailer of your choice (this will come in handy later too). More often times than not, you can discover great perks such as combined shipping, guaranteed to "transform" your shopping experience.

Step 3: Inspection
Finally, the moment of truth! You've bored through all my overbearing jargon and managed to land a Masterpiece figure in your possession! Congrats! But wait, there's more! (rest in peace, Billy Mays) You have to inspect your figure, because spoiler alert, humans and the goods they produce are susceptible to imperfections. It's time to assume your true form as a TSA agent. 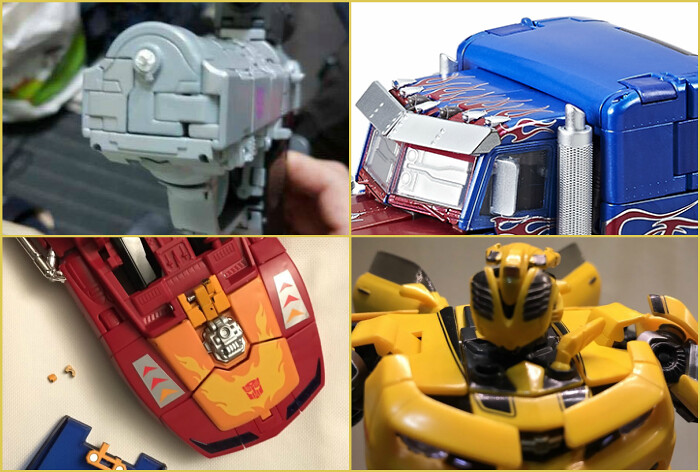 Images sourced: damaged MP-36 Megatron barrel, bad connection and reversed panel flap assembly on Masterpiece Movie Series Optimus Prime, snapped canopy on MP-28 Hot Rod, missing yellow collar piece on Masterpiece Movie Series Bumblebee
This has been your crash course in Transformers: Masterpiece, and I hope you have found the figure that best suits you. If not, get on it! Everyone could do with a little more robots in their lives (that is, the figurine type and not the ones destined for world domination by 2020). Until next time, 'til all are one.
Posted by Unknown at 8:45 PM